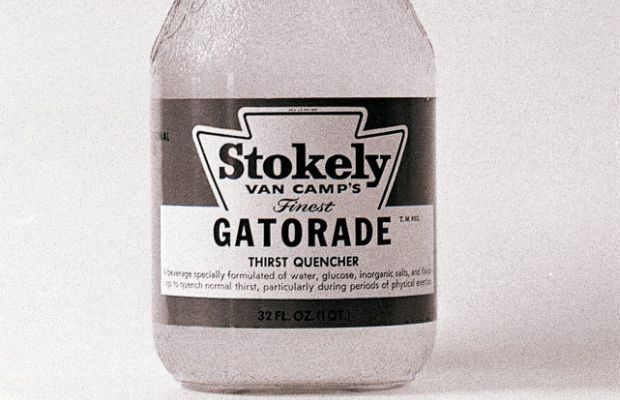 For most athletes, there’s no such thing as a low salt diet, especially if the training environment is hot and humid. Many endurance athletes know that hydration is the key to lasting performance however, without the necessary replacement of sodium and key electrolytes, what started out as a hard-core goal (long distance race), may end up with an emergency trip to the ER from a condition known as hyponatremia (seriously dangerous low levels of sodium).

Sodium is one of those teeny tiny particles that truly is necessary for life. Sodium is essential for muscular contraction, nerve transmission, and balancing the body’s pH. It’s the main ion (charged particle) used to maintain the volume of fluids and osmotic balance (amount of solutes in fluid) outside the cells. Fluids within the body are particular about their sodium content (135-145 mmol/L) and so the body does a miraculous job at making sure that the sodium concentration within bodily fluids remains constant. If you notice slight swelling of the hands and feet then chances are that there is too much sodium present and the body is trying to dilute it by storing extra water. Communicating via receptors, the brain sends messages to the kidneys to either retain or excrete fluids depending upon the sodium levels in bodily fluids. A slight change in plasma tonicity (2-3%) is enough to trigger the thirst response making us very sensitive to levels of sodium. If too much sodium is present, the thirst mechanism is activated until the athlete is adequately hydrated. Low levels of sodium will trigger the kidneys to excrete fluid. In extreme cases, too little sodium, which can happen when fluid replacement is in the form of straight water, can be fatal.

How much sodium should you ingest? This is the tricky part because the sodium concentration in all individuals is, well, individual. Also trained and heat aclimatized athletes can train themselves to reduce sodium losses. The ACSM and NATA* recommended amount, which is like something your grandmother would tell you, is to just replace what you lose in sweat. Easier said than done. One way to test yourself is to get a weight -lost amount: weigh yourself both before and after exercise (sans clothing). Each pound of weight lost is equal to a pound of sweat or 2 cups of fluid. Endurance events lasting 2 hours can result in can result in 1.6 g of sodium lost. For perspective, ¼ teaspoon of salt (1.4g) contains 480 mg of sodium.The recommendation for sodium concentration in fluid is 460 mg/L for endurance exercise and intense exercise lasting more than 2 hours. One 12 oz bottle of Powerade contains 150 mg of sodium. It’s possible that the sports drink of your choosing does not completely replace a sodium deficit. This is why eating salty, healthy snacks is also advisable.

Proper hydration is serious business for endurance athletes and athletes involved in high-intensity stop and go activity. It’s no wonder that in 2014, sales from sports drink in the U.S. totaled nearly 7.4 million dollars. With 46% of the worldwide share of the market and 69% of the U.S. market, Forbes values Gatorade at $4.8 billion. It’s also no wonder that on Gatorade’s Sports Science webpage they posted an article written by ACSM faculty stating that “Thirst has very little to do with [the] sort of daily fluid-in, fluid-out calculation… Even when we do experience thirst, the sensation is not well correlated with the body's fluid needs (Hubbard et al., 1984).“

These statements suggest that we need more fluid than our bodies are telling us we do, which would help Gatorade’s bottom line. This might make sense if our thirst mechanism was compromised or if our sweat rate was on the extremes of the sweat-loss spectrum.  If hyponatremia is said to be the most common metabolic disorder maybe we should rely more on the sensation of thirst to replenish lost fluid and sodium. The issue with relying on thirst alone to hydrate lies in the kind of beverage being consumed. Research has shown that dehydrated and hyperthermic subjects who drank very cold water (5-10°C) satisfied the physiological need to cool, but voluntarily stopped drinking because once the body began to cool the thirst mechanism stopped, leaving the subjects still dehydrated. Hydration was achieved when these subjects drank water that was about 16° C (60° F).

Because sport drinks are flavorful and contain a little sodium this makes them more palatable, and therefore we stay hydrated. Drinking just plain water, for many endurance and high-intensity sports leads one to stop drinking altogether. I have personally found this to be true. More research is showing the push to hydrate is placing folks with low sodium because they are drinking so much water relative to the sodium level. Consider this- many elite marathoners finish a race being nearly 8% dehydrated. Yes, they are trained but they also have all the facts and are still choosing to compete in this state. So, the bottom line? Establish sweat averages by weighing before and after workouts, and pay close attention to thirst sensations and what beverages alleviate the thirst.